Anecdata on media, science and society

Data Point: On Newsnight recently Cambridge’s Winton Professor of the Public Understanding of Risk, David Spiegelhalter, stunned Jeremy Paxman by informing him that unemployment figures are an estimate, not a count, and they’re only accurate to ±100,000.

Do you remember ever seeing an error bar when unemployment figures are announced? Or hearing any journalist correct a politician crowing that unemployment has dropped by a number like 27,000, well within the margin of error?

Data Point: Barely any mainstream publications or news shows have covered the Edward Snowden/NSA/GCHQ revelations properly. Even “GCHQ is watching you and your children on webcams and storing images, including sexual content” didn’t make the TV news that day. I asked the Channel 4 News editor why not: he didn’t reply. One of the presenters did, though:

@avaragado we've got quite a lot to squeeze in…

That edition did find room, however, for an interview about the Daily Mail’s attempt to smear various Labour politicians for events of almost 40 years ago. And they also ran a report on the decline of the barn owl population.

As far as I’m aware only the Guardian covered that story on the front page the next day. Not even a single “Big Brother is watching you” headline.

While I wouldn’t expect it to have led the news during the Ukraine/Russia standoff the same day, I certainly expected a report before a story about an athlete on trial for murder, or about the previous night’s Oscars. Instead, Channel 4 News made no mention of it at all. Again, I tweeted the editor. Again, no response.

Data Point: Broadcasters including the BBC often insist on a false balance when covering climate change. Nigel Lawson is not a climate scientist, and can only bluster and assert when debating an actual climate scientist presenting actual evidence, but still their positions are presented as equally valid by the BBC Radio 4 Today programme, as if climate change is a matter of political opinion rather than scientific observation and method. At least the BBC isn’t as bad as some other media organisations, which have an editorial policy of man-made climate change denial. 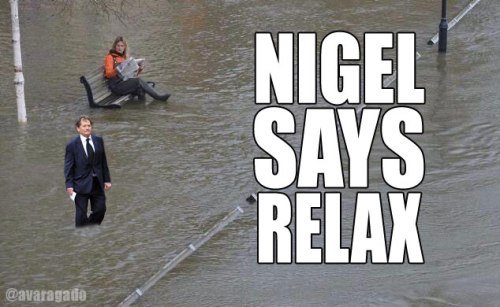 Data Point: By my countQuestion Time has included only three scientist panellists for the entirety of the parliament so far — Colin Blakemore once and Robert Winston twice (I’m not counting tech-related entrepreneurs like Jimmy Wales). That’s three scientists from 147 editions at time of writing, or 0.004% of all 743 panellists.

What to make from all that? Gell-Mann Amnesia applies, as it always does. Journalists misrepresent everything, yet we only seem to think they misrepresent subjects we’re familiar with. The chances are the reporters overlooking the City of London and outside the Old Bailey are bluffing their way through to hit a deadline just as much as the Technology Correspondent is.

But I have to say: I think mainstream media’s lack of understanding of science and technology is actively harming society.